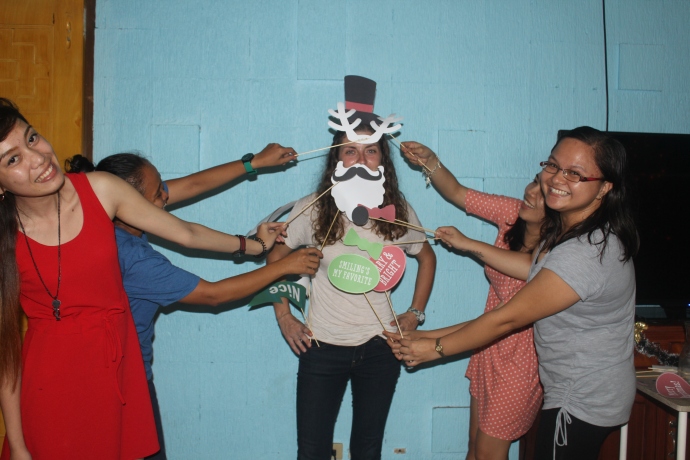 I love Christmas just as much any Christmas lover! I mean when December rolled around I made out my own advent calendar complete with a daily Christmas activity and Christmas song with a devotional and scripture on the birth of Jesus. 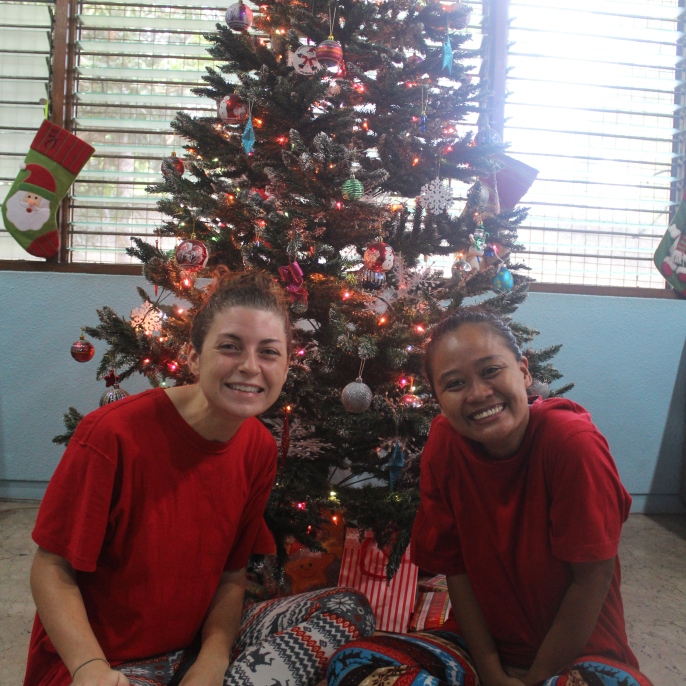 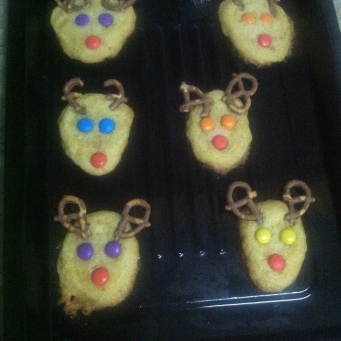 Along with celebrating all of those things, comes spending time with family and celebrating with them by your side. This year, as much as I would have loved to have been, I was not with my family to celebrate. That did not stop them from trying to involve me as much as possible though. Because of the time difference between the Philippines and America, all throughout the night I kept receiving hilarious texts and pictures of the craziness taking place an ocean away as my family celebrated Christmas with a floating-head, paper Meagan.

I slept off and on a few hours until I finally decided to wake up despite how early it was to intentionally communicate with people back home because it was still the middle of Christmas for them. After sending a few Merry Christmas texts I began scrolling through facebook while waiting on responses. I expected my newsfeed to be filled with Christmas posts-pictures of people with their families, pictures of young girls with a ring on their finger as their Christmas gift from their boyfriend/now fiancé, and of course lots of Merry Christmas posts. But I really didn’t see very much of those things.

Instead, the reoccurring thing I kept seeing were pictures of couches full of toys or someone holding a present all with captions that read something like, “he got me the perfect gift this year!” or “my child being spoiled this Christmas!”

As I saw all of these things I couldn’t help but think we’ve all missed it. We’ve all celebrated the wrong things this Christmas season. As much fun as it is to have a couch full of presents, that’s not what it’s all about. That’s not what we are celebrating.

What happened to prophesies that came true, the birth of our Savior, God giving the best gift possible in the form of his son, shepherds-people who go unnoticed because of their low position-having a conversation with angels and going to seek out Jesus, Mary-also just a common woman-being chosen by God to carry the world’s Savior in her womb, Joseph choosing to stick by his fiancé’s side because the Lord told him to, despite what the world would say? Just read that list again, there’s so much to celebrate! 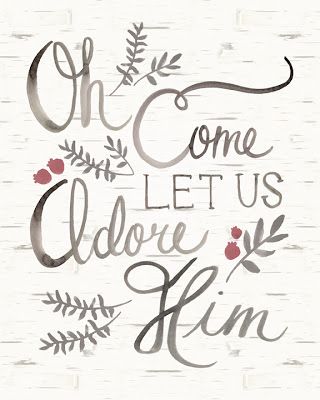 The Christmas season is over this year. The trees and decorations have been put away. Families have returned back to their homes. Parents have gone back to work. But honestly if you missed it all this Christmas season, it’s not too late to celebrate, truly celebrate, Jesus and all that Christmas stands for. The hope and life and love that began one night in Bethlehem is such an incredible story from beginning to end that it’s worth celebrating every day!