I don’t have a favorite. I love all of my kids the same.

You know you have heard this infamous line from parents before. They claim all of their kids are equal and loved the same. I have even heard teachers say this about the students in their class before. So maybe it’s always been true. Maybe other people have this whole not showing favoritism thing mastered. 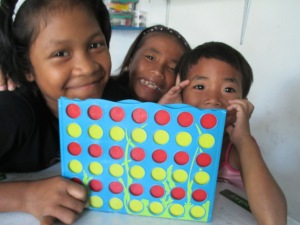 And along that same line some kids are just hard. They just want to do their own thing. They don’t want to follow rules or answer to an authority figure. They don’t enjoy life or the people around them. There is no happiness or laughter in their lives.

From day one I pegged one of our boys as the “tough kid”. A kid who never smiled. A boy who wanted to talk to no one. The guy who I had no clue how to reach.

I tried talking to him about simple things. I tried asking questions. I tried joking. I tried just simply playing without talking at all. I always walked away thinking the same thing, “Will he ever be happy?”

There was a time where I wanted so bad to just see him smile. To see him have a conversation with a friend that didn’t involve yelling or being angry. I wanted there to be a moment in life where I could feel like I had reached him. 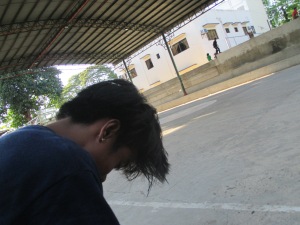 But I had run out of ideas. I just decided if he didn’t want to play and have fun that was his choice. If he didn’t want to come to school, that again, was his choice. If he wanted to continue his life in misery there was nothing I could do to help him. I decided until he was ready to come around and decide for himself he wanted to change there was nothing more I could do.

Being with the kids every day it’s hard to notice changes all the time. Sometimes I don’t realize the huge strides our kids are making. Because things are happening slowly and not overnight, there are times I fail to recognize the daily improvements.

But with the “tough kid” things were different. Over the course of three days God just blew my mind with how much he has changed since I met him in September. 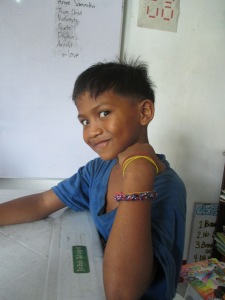 The boy who never smiled was laughing and talking.

The kid who hated coming to school came to school every day for two weeks in a row.

The child who fights over washing his own plate after lunch offered to wash my plate.

The boy who was too cool to have fun wanted to take selfies.

All of these things seem miniscule to most but for me we had reached a milestone! I had begun to think his hard exterior would never be broken down. Changes didn’t happen as fast as I wanted them to with the “tough kid” but God knew he just needed extra time. 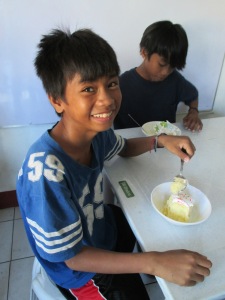 He needed extra time to soften the “tough kid’s” heart. But he also needed time to teach me a lesson. Because he knew if changes happened overnight in the lives of the hard kids then this life would seem easy and I would begin to think I could change these kids on my own power. When instead God continues to show me how dependent I have to be on him to change the lives of these kids. It is not by my power or strength but by his and his alone that the lives of these kids are changing.

And it doesn’t stop there. Just because things were wonderful for a couple of weeks with the “tough kid” doesn’t mean we have reached the end. Instead it means things are finally beginning. Please pray he continues wanting to come to school. Pray he continues to find himself smiling and having fun. Pray he can just be a kid and play. Pray his heart continues to soften.