There is something I’ve known about myself for a while. I’ve even vocalized it a few times.

The most recent would have been back in November when I was on the race and my team leader asked a question for us to think on and then talk about in team time. It was pretty open ended and asked without guidelines or restrictions.

What is your biggest fear? 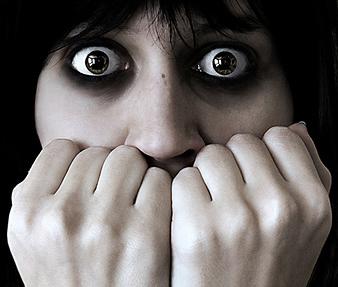 If memory serves me correctly I had only talked about this one other time but I knew right away my answer. I also knew that the next night when I gave my answer it would then turn into a discussion of how to overcome the fear. How to step out of the comfort zone and challenge the fear.

The time came to discuss fears and I said I would go. I would share my heart. So I began explaining how my biggest fear was failure. Maybe not so much the act of failing but vocalizing my dreams or passions or desires or things I want to do and then never achieving them. The fear of telling someone what my plans were and then them not happening so I looked like a failure.

Don’t get all psychological on me here….I don’t have scars and wounds from childhood that cause this fear.  It’s just a fear of mine. Whether it’s fear of letting others down. Or fear of not following through with something. Or fear of just simply failing. I don’t know.

What I know is that vocalizing dreams or future plans for fear of failing is something that has kept me from speaking of things many, many, many times in life.

So this morning you’re in for a treat! This morning I’m doing the unthinkable and putting in stone (or typing on a computer) my dream.

I can’t tell you the exact moment I became burdened for the homeless community. But I can tell you it’s been years. Years I’ve spent wanting to just be able to hear their stories, let them know their stories are important and in some way help them. 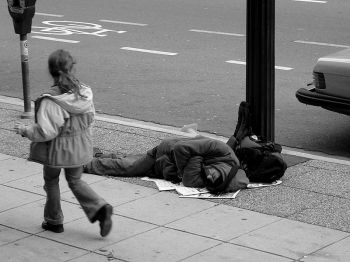 If I sat and gave myself a grade for how well I’ve taken action against this burden I would receive a subpar, failing grade. Oh look, failure number one! Yes I’ve done things here and there. But the majority of what I’ve thought of doing I’ve never actually followed through with.

In my blocked off mind homeless people were older adults, usually men at that. But this past year my eyes were opened to homelessness in a new way. God kept that burden for homeless people in my life but brought it to light in a new perspective. I have seen those without adequate water, food and shelter. Those fighting daily just to physically survive. Those who were literally starving, not just the term we use when we’re hungry.

But towards the end of this past year God showed me a different side of things. He gave me his eyes for the children. The kids who sat on the street huddled in groups sniffing glue out of brown paper bags. The kids who huffed that same glue to fight off the hunger pains. The kids who ran away from home because in their minds living on the street was better than the physical, emotional and sexual abuse they received at home. The kids whose parents didn’t value them. The kids who find themselves worthless. The kids who have to fight and steal just to survive each and every day.

These kids I am speaking about have earned the term “street kids”. These kids are in every country. Yes, they are in America. They may even be in the park closest to your house. I saw these kids for the first time in the city in Kathmandu, Nepal and they caught my eye. But it wasn’t until the Philippines that I was broken for these kids. There are two boys I saw on two different occasions that I never spoke a word to but they hold a piece of my heart. If you’ve heard me talk about street children at all you have probably heard me talk about these two boys. They are the face of every street child to me. 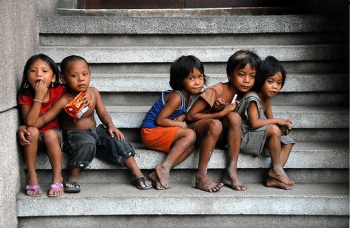 The past four months I’ve pictured their faces more times than I want to count. I’ve prayed endlessly for these children. For each and every one of them to see their worth. To see that there is a hope found in Christ that will bring freedom like they have never experienced before. That they would know they have a father who created them beautifully, with a plan and with a purpose. That someone would come across their path and notice them. And in noticing them they would give them something to eat. That the government would stop turning their eyes and instead awaken to this problem and do something about it.

This is all a really big set up to say that I’ve had four months to be home and dream up big things. I catch myself not thinking of small things I can do. Instead I find myself in the midst of dreaming about the humongous possibilities. Every time I think about it the possibilities seem a little larger, like there is always a little more to dream to be done.

So what do I want to see happen? 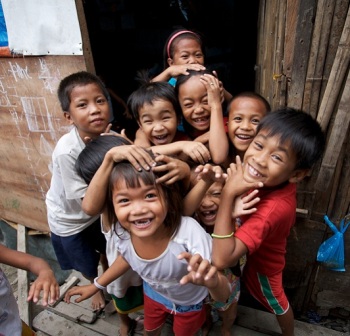 As these relationships build and they understand trusting people in a new way I want to be able to provide for them. I want to open homes for these kids. A place where the doubts flee. A place where every need of theirs is met. A home where they are offered education and life skills. A home that is run by the Filipino people.

So that I can go and start the process all over on a different street.

Do I know every detail of how this will play out? Not a clue!

Do I know everything I am dreaming is possible with God leading the way? Absolutely! You better believe it!

***you can be a part of making this dream come to life by clicking HERE!